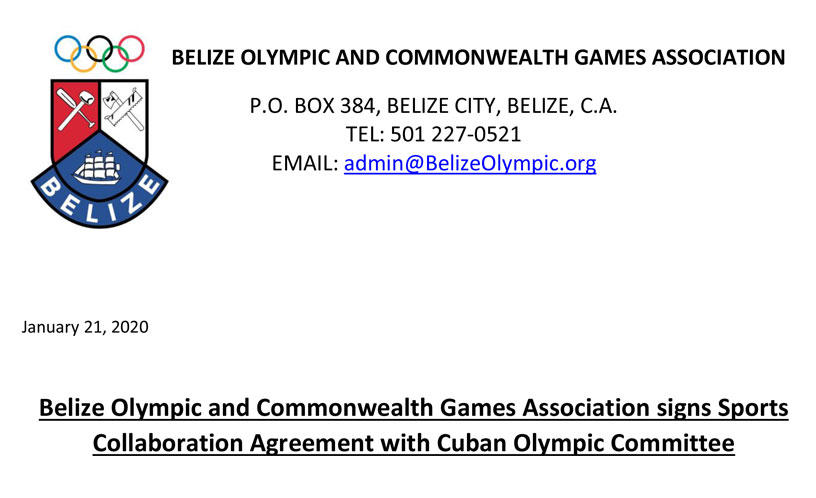 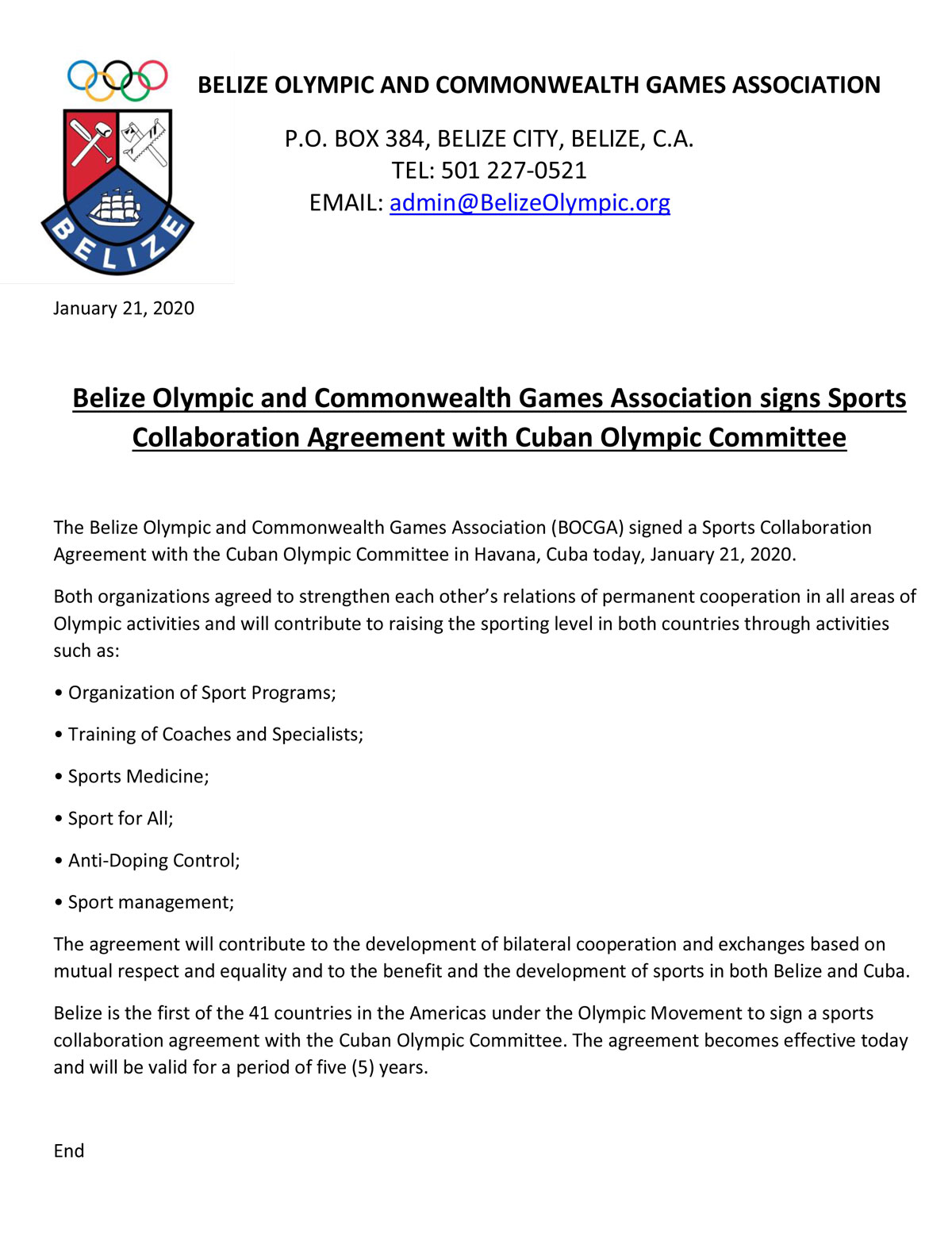 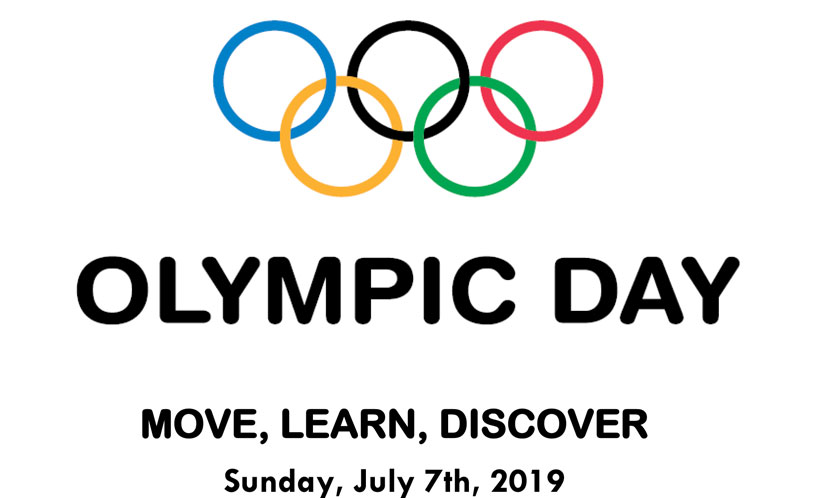 The Belize Olympic & Commonwealth Games Association will be celebrating Olympic Day on Sunday, July 7th, 2019 from 1:00-5:30pm at the Digi Park in Belize City.

Join us in celebrating this global event that celebrates the founding of the Olympic Movement. The goal of the movement is to encourage everyone around the world, regardless of age, gender or athletic ability to practice physical activity.

The event will start off with fun games for everyone, including lime and spoon, hula-hoop and sack race. The National Federations will also be doing demonstrations/exhibitions of their sport and allowing the public to learn and try out new sports.

We invite everyone to come out and be a part of Olympic Day 2019. 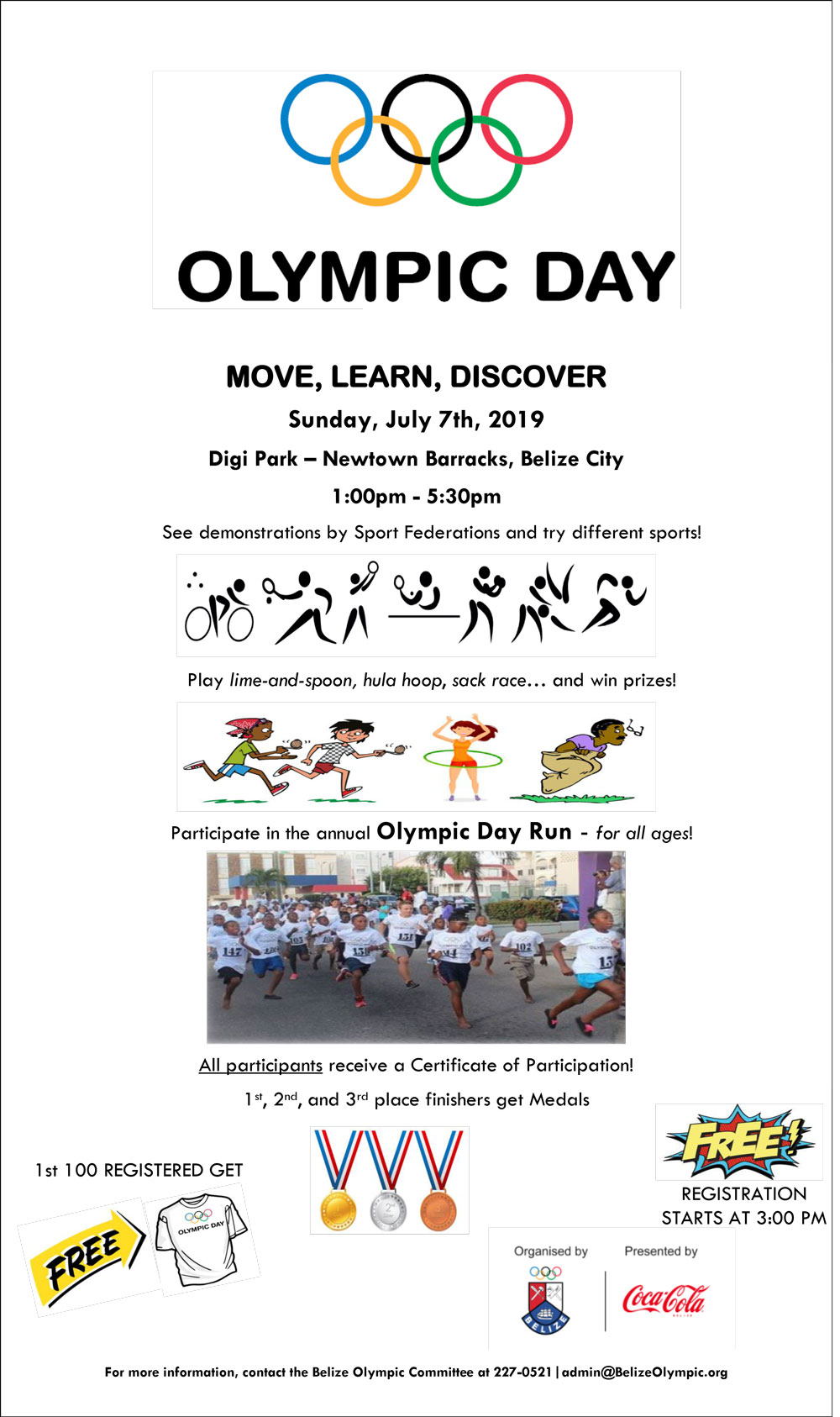 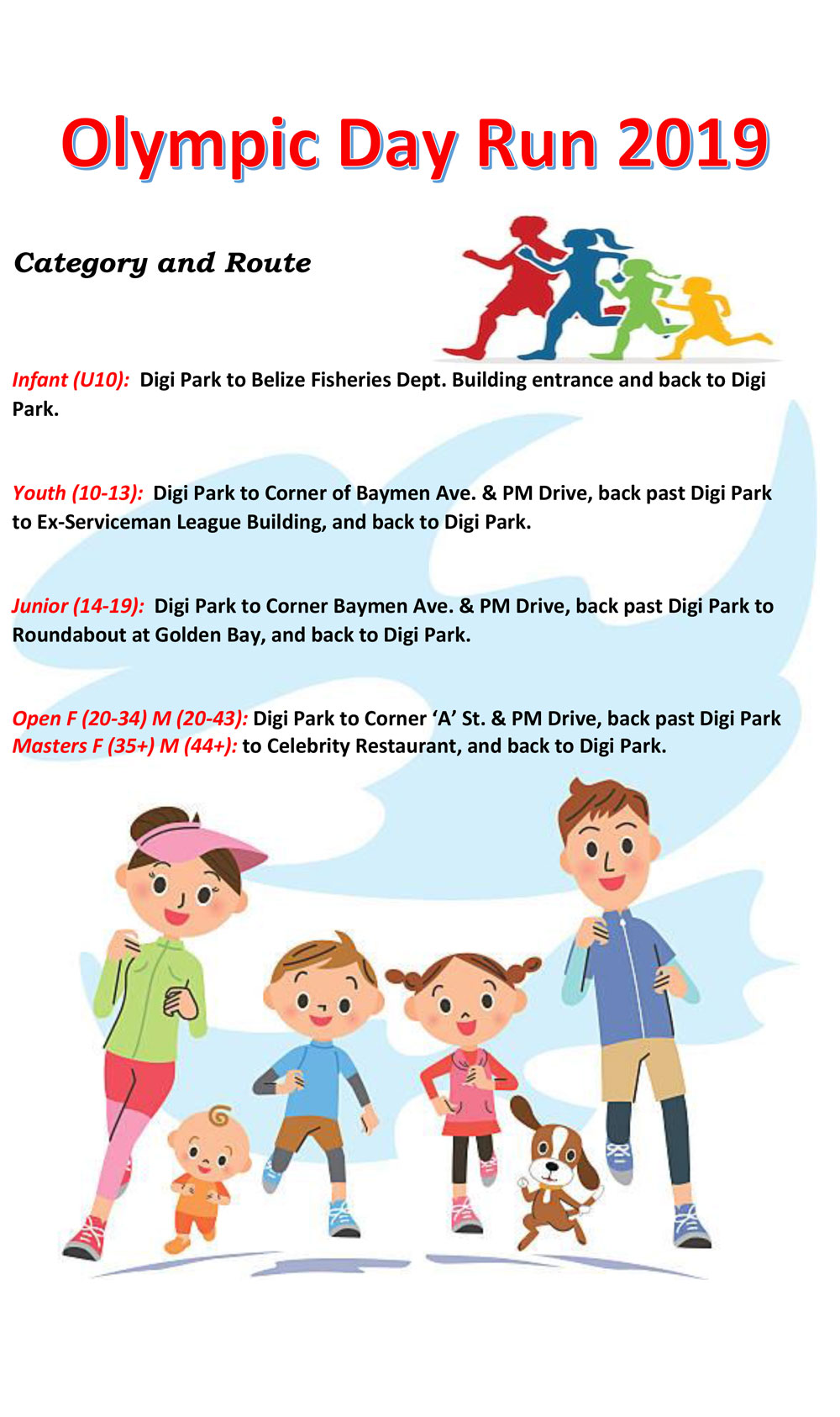 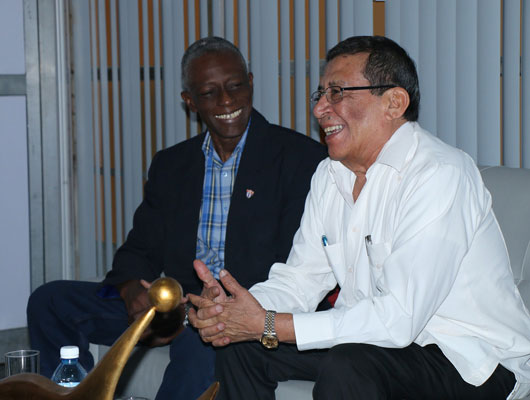 The presidents of the Olympic committees of both countries held talks on Thursday at Ciudad Deportiva.

“One of the intentions of the Cuban Olympic Committee is to strengthen the bonds of friendship with the countries of the region, especially the English-speaking countries, to create superior strength among sports organizations,” said the Cuban director.

Hilberto Martinez thanked Cuba for the sports technical assistance it provides to his country since 2004, which has allowed ostensibly to grow in results at the Central American level.

One of the objectives of the visit of the Belizean sports leader was the hiring of Cuban coaches from various disciplines, such as tennis, table tennis, volleyball and athletics, the latter in the area of throws and sprints.

“In June we will return for the extension of contracts in these sports and to request more coaches,” said the visitor.

He also commended the work of José Peláez, president of the Cuban Cycling Federation, who helps with the participation of Belize athletes in training bases and competitions on the island.

The president of the Olympic Committee of Belize formally invited his Cuban counterpart to visit the country so they can continue to strengthen the links between two friendly nations. 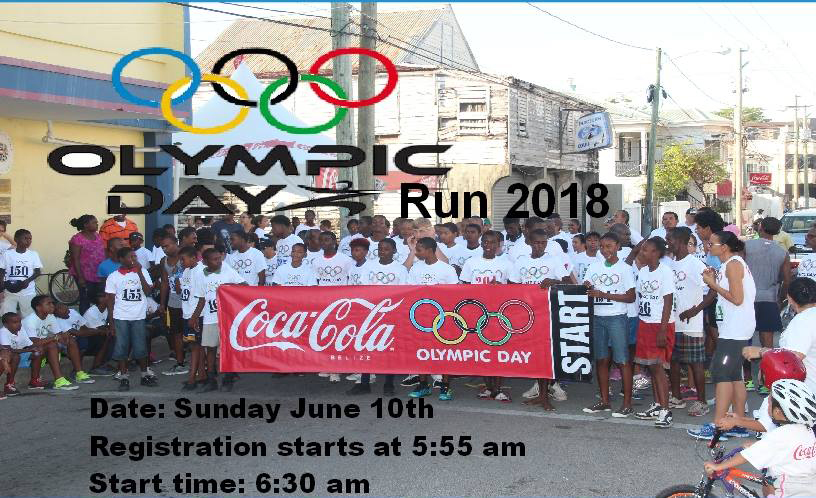 The Belize Olympic & Commonwealth Games Association will be having its annual Olympic Day Run on Sunday, June 10th, 2018 commencing at 6:30 a.m. in front of James Brodie on Regent Street, Belize City.

Join us in celebrating this global event that commemorates the founding of the Olympic Movement and with the goal to encourage everyone around the world, regardless of age, gender or athletic ability to practice physical activity.

The first 100 participants registered on the morning of the run will receive a commemorative T-shirt and all participants will receive a certificate. The top three participants (males & females) in the Masters, Open, Junior and Infant categories will each receive a prize and refreshments will be served after the event. Free registration and we encourage everyone to participate in the 2018 Olympic Day Run. 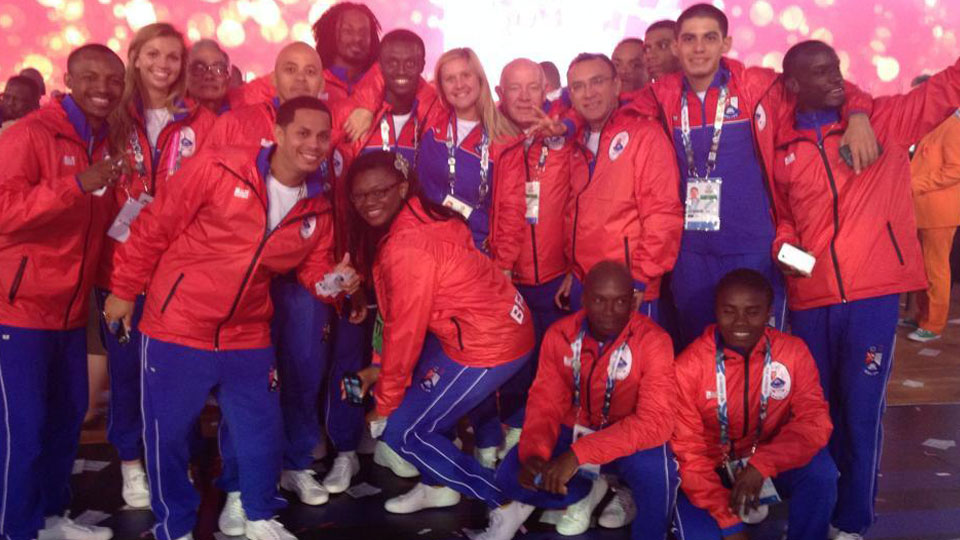 Athletes “Down Under” for Commonwealth; Alicia Thompson Leads the Way

The twenty-first Commonwealth Games gets underway later tonight in the land “Down Under” – Gold Coast, Queensland, Australia. The Commonwealths are the second largest multi-sport event after the Olympics and held about halfway during each Olympiad. The Belize Olympic and Commonwealth Games Association has selected thirty-six-year-old cyclist, Alicia Thompson as Belize’s flag bearer for the opening ceremonies. Thompson is coming off a third place finish in this year’s Women’s Cross Country Cycling Classic. She is a former two-time champion in that event. She finished fifth in the regional road race at the Central American games in December and will be participating in the women’s road race and time trial. The rest of Belize’s twelve-member team is as follows: in triathlon, Brandon Santos and coach Kent ‘Bob’ Gabourel, both from San Pedro Town; in athletics, Samantha Dirks, Katy Sealy, Shaun Gill, Brandon Jones, coach Denis Costello and delegate Jaheed Smith; male cycling, Edgar Arana, Giovanni Lovell and Oscar Quiroz along with coach Perry Gibson; and in table tennis, Devesh Hukmani, Rohit Pagarani, Terry Su and coach Gabriel Guerrero. Overall head of delegation is Giovanni Alamilla. 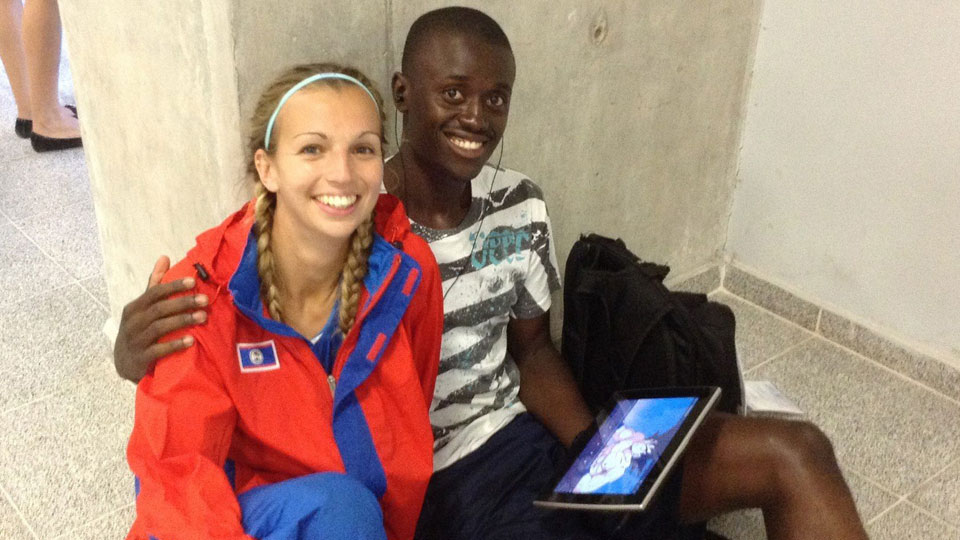 Katy Sealy and Brandon Jones to Represent the Jewel at Rio

Track and Field athletes Katy Sealy and Brandon Jones will represent Belize at the Olympics 2016 in Rio. Twenty-two athletes competed over the weekend at the seventeenth Central American Championships in El Salvador and Belize’s performance was exceptional. Today, athletes are already preparing for the Olympic Games. 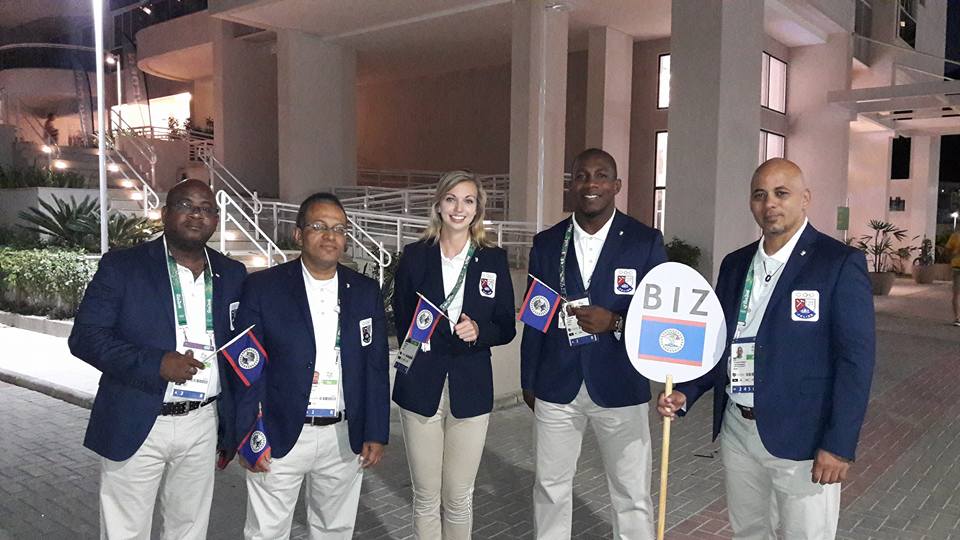 Belize Delegation at the Rio 2016 Olympics

Written by: The Amandala Newspaper

Belize’s delegation to the Olympics in Brazil, which opens tonight at the famous Maracana Stadium in Rio de Janeiro, includes 3 athletes and 2 officials. In the picture above, from left to right, they are: Belize Athletics Association (BAA) President, Deon Sutherland; Judo coach, Franz Menzies; heptathlete competing in the 100m Hurdles, Katy Sealy; competing in the 200m, Brandon Jones; and competing in Judo, Renick James.